The New York Times frets that Hillary’s campaign suffers from “a lack of enthusiasm.” Well yeah, duh! People keep saying that Hillary is “the one,” yet the public keeps demonstrating how reluctant they are to support a chameleon candidate whose views shift according to polls. This enthusiasm gap is handily demonstrated in a major social media platform. I am not a political naif. I started my education in 1969 as a political science major. During these years I shifted my alliances from the right of the Republican Party to the left of the Democratic Party based on the tractor-trailer truckloads of evidence that counters the GOP worldview I was raised on. So here are the four reasons of the day!

First, Bernie is totally electable. He has a statistically significant lead among Facebook followers.

I was just mucking around on the Internet, reading my email, when I found myself at Bernie Sanders’s Facebook page. I was pleased, as a Bernie supporter, to see that he had nearly 2,000,000 that’s TWO MILLION followers.

Then I thought I should go see how many followers the other Democratic candidates had. Hillary Clinton has FEWER Facebook followers than Bernie Sanders. That’s right. She has been in politics for 40 years, has nearly limitless money, a lock on the corporate media, and she still has fewer followers than Bernie.

Let’s step back a bit and look at both candidates’ related sites to see how those numbers look:

Going on, we see another

Most people in the US have not been offered the opportunity to learn more about Bernie’s ideals and plans. His lead can only grow.

*math approximate. I did not count all the Bernie and Hillary FB pages, only the most prominent

2. Bernie will be able to work with Congress because he will carry Democrats into offices across the nation.

Many people lament the gridlock in Washington and most of our state capitols. They cannot see how the President can make a difference.

My theory is that the ENTIRE US House of Representatives and a full 1/3 of the Senate is up for re-election. If Bernie’s following continues to grow at these astonishing rates, he will have long electoral coattails. In other words, people who vote for Bernie are not likely to put up with posturing triangulators and fear mongers in other offices. The Republicans and a good many DINOs will be tossed out of office.

Even if they aren’t tossed out, Bernie knows how to work across the aisle without compromising his principles. 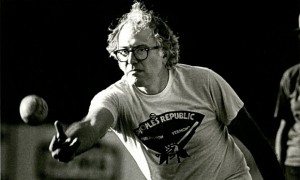 Forget Denmark! Germany’s is a nation of more than 80,000,000. Their social democracy features a form of universal health care. Labor unions share the seats on corporate boards 50/50 with company management. This country is the economic engine of Europe.

Germany’s per capita wealth among the highest in the world, say those crazy loony libs at the CIA.

The benefits that Germans receive, such as health care, at least a month of vacation time, shorter work days and scads of other perks more than make up for the $10K difference in annual income between the USA and Germany per capita. It also allows German families family time to build those family values. Pensions are generous.

Colleges in Germany are FREE for people from all over the world.  Germans enjoy superior elementary education and well-maintained infrastructure. Germans are allergic to waging wars. The cost has been too high. Let’s get our peace dividend and let someone else police the world.

I think that taxes are the price I pay for civilization. Our corporations and our billionaires do not agree. They pay an army of accountants and lawyers to rig the system in their favor.

A Financial Transaction Tax on Wall Street trades would fund free public college for anyone who works hard and gets good grades.

Only the mouthpieces of billionaires like Forbes and Bloomberg see a problem with it. If we take a tiny amount off the top, like .005%, then they cannot hide it in tax “havens.” People who earn great benefits from American workers and consumers should pay it forward, not squirrel it away. If you don’t have it, you can’t hide it!

We could get rid of volumes of tax law that are littered with loopholes. All of those lawyers and accountants could be helping people instead of trying to figure out how to steal “honestly” and cheat our country.

In conclusion, it seems to me that the only obstacles standing in the way of a Sanders Presidency are those without a vision of a peaceful future. You cannot wage war to gain peace. Everybody knows THAT!