Happy Holidays, computer users! I have two PCs running Windows 7. They are so bogged down with excess baggage that they take 10 minutes to boot. Just like the old Windows 3.1 days, staring at the hourglass forever. All those companies selling machines over the Net are gonna be sad about this news. ~Via

Germany’s Der Spiegel is reporting Sunday that the US National Security Agency (NSA), working with the CIA and FBI, has been intercepting laptops and other electronics bought online before delivery to install malware and other spying tools.

According to Der Spiegel, the NSA diverts shipping deliveries to its own “secret workshops” to install the software before resending the deliveries to their purchasers. 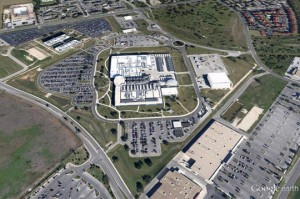 The NSA’s TAO reportedly has backdoor access to many hardware and software systems from major tech companies such as Cisco, Dell, and Western Digital and others. The NSA exploits Microsoft Windows error reports to find weak spots in compromised machines in order to install Trojans and other viruses.

The Der Spiegel report also notes that the NSA has successfully tapped into some of the massive, under-sea fiber-optic cables that connect the global data infrastructure, in particular the “SEA-ME-WE-4″ cable system.

“This massive underwater cable bundle connects Europe with North Africa and the Gulf states and then continues on through Pakistan and India,” Der Spiegel reports, ”all the way to Malaysia and Thailand. The cable system originates in southern France, near Marseille. Among the companies that hold ownership stakes in it are France Telecom, now known as Orange and still partly government-owned, and Telecom Italia Sparkle.”

Go to original to read the entire article.

It pays to get your news from a variety of sources. Common Dreams shares high-quality independently-sourced news. Those who comment are well-educated and knowledgeable. ~Via

*This National Security Agency complex in San Antonio, Texas, located in a former Sony chip factory, is one of the central offices of the intelligence agency’s Tailored Access Operations, the NSA’s top operative unit. It’s something like a squad of plumbers that can be called in when normal access to a target is blocked.

This entry was posted in 14 signs of fascism. Bookmark the permalink.