For my friends with preschoolers in the family…

Whatever magical addictive power was infused into my iPad in the factory, it seems to have the strongest effect on my children, who are 2 and 4 years old. They don’t use the tablet just for silly games. They also love the applications that mix together education and play. 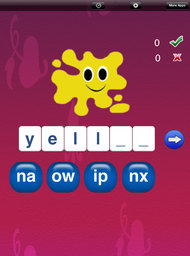 In the Word Magic app, a child fills in a missing letter based on clues. 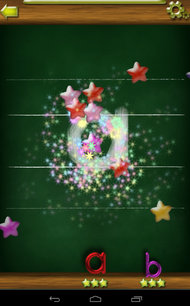 In particular, they enjoy apps aimed at helping them learn to read. There are many smartphone and tablet apps that offer a new, dynamic and interactive way to learn to read, starting from the basics of letter shapes and sounds.

One of my children’s favorite early reading apps is abc PocketPhonics, $2.99 on iOS. The lessons in PocketPhonics begin with single letters appearing on the screen, accompanied by a voice reading their sounds. Children are expected to copy the letter shape by drawing with their finger, while an arrow guides the way.

When several letters have been learned, there is a quiz section where the child has to tap on the right letter when its sound is spoken aloud. Then these letters are used to form words that are spoken aloud and accompanied with a cute graphic.

When the child is doing well, the app offers spoken praise, and two penlike cartoon characters keep it feeling light and fun. But if letters aren’t drawn well, the app won’t progress to the next level.

This app is attractive for its simplicity, but probably works best if you sit with your children to guide them through its lessons. The British accent used on the app may bother you, and don’t expect too many hours of continuous use from PocketPhonics. It really teaches only basic words.

A similar Android app is Tracing ABC Letter Worksheets, costing $1.99, though there is a free version with fewer features. This app teaches children how to write letters, and is great for younger children but also includes complex words to challenge 11- or 12-year-olds. As its title suggests, the app is all about tracing letter shapes on the screen: The child’s fingertip movements are guided by some flickering stars, and the right moves are rewarded with amusing sound effects.