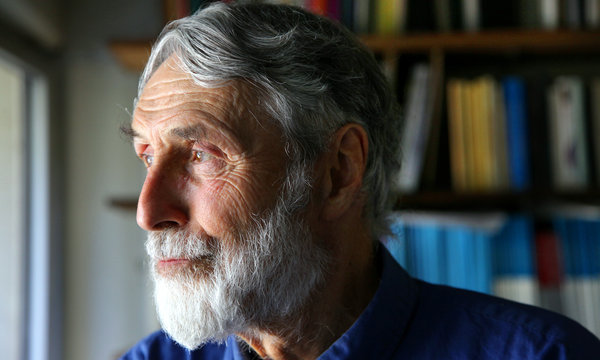 Rethinking the Computer, or Killing It to Save It

It’s free to join the NYT to read a generous but finite number of articles per month. I read this paper every day. One has to have a comparison between corporate media and independent media to picture the dynamics of the situation.

MENLO PARK, Calif. — Many people cite Albert Einstein’s aphorism “Everything should be made as simple as possible, but no simpler.” Only a handful, however, have had the opportunity to discuss the concept with the physicist over breakfast.

Peter G. Neumann on Cyber Security
When Hacking Was in Its Infancy (October 30, 2012)

As an applied-mathematics student at Harvard, Dr. Neumann had a two-hour breakfast with Einstein on Nov. 8, 1952. What the young math student took away was a deeply held philosophy of design that has remained with him for six decades and has been his governing principle of computing and computer security.

Political Humor for Republicans
http://www.ijreview.com/2012/10/20630-your-first-time-parody-vote-obama-for-more-free-crap/
I watched it. Found it insulting to women and college students just for starters. I am against insulting whole groups of people based on the actions of a few. This video relies on the perception that there is no external cost to getting free stuff.

Let me tell you, there is. I lost health insurance in 2004, reacquired it briefly in 3007, then went without the basics, even important cholesteral management medication and braces for walking, for months on end. In 2010, my friend volunteered to help me sign up for Kaiser Nortern California, and get a decline letter due to my preexisting conditions. I took that decline letter and applied for the high-risk program. I became a MRMIP Kaiser patient that same year, even with the waiting period.

Meanwhile back at the ranch, I spent two 12-hour days trying to obtain my most important psych med at San Francisco General Hospital. I will spare you the story of the consternation with which any of my questions were greeted. So, here me and my legs by the way which are killing me are. I went through a long checkin process after a long wait. Then I waited lots more. The nurse finally saw me at 4:45. She took my medical history, processed my descriptions and suggestions, then told me I would have to come back tomorrow for the doctor to write the prescriptions that did not appear in their formulary. At 8:30 PM I finally left Urgent Care. The next morning, I went back as soon as I could. I moved as fast as I could, which was really not fast at all, to the Pharmacy. I waited in line again, on my two bad legs, for over an hour. I would sit on the floor as long as I could take the cold linoleum-over-slab accommodations, then I would stand until the pain ramped up again.

The pharmacy tech told me that she would have to call the doctor to verify it. Told me to take a seat. Forty-five minutes later, I finally was called into line YET AGAIN, and got the medication I needed after two long days, after having been admitted to the Healthy San Francisco Plan many months earlier.

This is not a story about how bad socialized medicine might be. It is a story about an underfunded and critically stressed hospital system where staff is continually forced to make do with less and at the same time inflate the bills under the for-profit model of healthcare.

I don’t know if Mitt is fully conscious of the lies he is telling. Often, I feel as though he is spouting a catechism, a set of beliefs strung together by dubious gimmicks. They cannot be justified in practice, so explaining what he really means would alarm people more than they are now.

This entry was posted in Humor Satire Parody. Bookmark the permalink.