The National Journal (NJ) is a right-wing publication in the old style, evoking a time when gentlemen with those not-sexy-at-all muttonchop whiskers respected and followed the rules of debate and eschewed logical errors. Back when I used to be a Republican we considered it one of the gold standards of journalism.

Fascinated by the social sciences and economics from age 16 forward, I started college in 1969 seeking a music and political science BA. I got married and quit college after one quarter.  Apparently some people thought I was overly impressed with myself for going to college. Being a shy and modest person, I thought I was doing the grownup thing by gettting into “real life.” That’s what they called it. None of my family had a college education. My mother missed the end of high school during her migration from Michigan to California.

This rightward lurch—behind an almost certainly hopeless cause of constitutional change—captures the core GOP dilemma now unfolding in the party’s nomination contest.  ”

I finally got that political science degree in 2001, and a law degree in 2004. The education I got about grassroots partisan politics was worth as much as my degree. I found out that the Republicans and the right in general have no ethics or standards in their continual grasping for power for the billionaires. I found this out by direct observation of dozens of incidents over my time back in college. I was purely shocked.

The Republican Party has got to go.

I wrote about those experiences for Counterpunch in 2005, How College Republicans and Federalist Socities Operate on Campus.

That same year, I wrote an article about my quarterly commutes from Santa Barbara and San Francisco to the LA Metropolian area. I had one sticker on my car from 2001 forward. It was a peace sign. 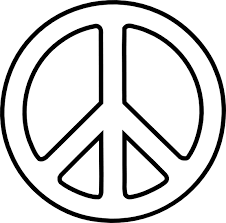 Driving While Peaceful is my story about what can happen to a woman in a modest Toypta Corolla who is keeping up with the traffic on the 5 and being courteous to all who wish to pass. I had moments of pure terror when some mammoth SUV or truck rode my bumper for a mile or two. This is another example of the complete lack of public morals in that sector of the population.

By a lack of public morals, I mean that they seek employment with the government in order to enrich their cronies and conspirators. An officeholder with public morality seeks to preserve the good that has accumulated and protect our public assets and infrastructure. A public employee with public morality does not see taxpayer dollars as an excuse to appropriate it to dad through a no-bid contract (Sen. J. Ernst, Iowa.)

These are your people who think that the end justifies the means. Well, Rightwingers, we American people do not want your means or your ends. We are sorry you can’t get along with others. That does not create in us an obligation to mimic your behavior. (Gov. Chris Christie, N.J.)

So, I digressed. So, I am always switched on to politics and economics, as a lifelong habit. So anyway, I set up news alerts for the College Republicans and The Federalist Society. Most of their metier consists snarky hit-pieces that are shared across their (What? We don’t have a network!) network.

So here’s what the smart Republicans are saying:

His anti-immigrant rhetoric and visceral stance on citizenship rights are forcing Republicans into opposing corners.

In a flashback to 1996, here’s Bob Dole on the Citizenship Provision of the 14th Amendment,  that en­sured cit­izen­ship for all U.S.-born chil­dren, re­gard­less of their par­ents’ im­mig­ra­tion status.

This author is also saying that the meat of Trump’s support is among Republicans without a college education. Talk about Karma! In 1970 Lewis F. Powell, future Supreme Court Justice authored the plan the right has followed to force our public schools into abject poverty. The very people the Right did not want to educate are doing them in with their ignorance and hate of change imparted to them in our disgraceful elementary and high schools.

The Re­pub­lic­an elect­or­al co­ali­tion now re­lies on pre­pon­der­ant ma­jor­it­ies from the groups most un­settled by demo­graph­ic and cul­tur­al change: older, non-col­lege and rur­al whites. There are no longer enough of those voters to guar­an­tee Re­pub­lic­ans a na­tion­al ma­jor­ity: that’s why Demo­crats have won the pop­u­lar vote in five of the past six pres­id­en­tial elec­tions.

Conclusion: the Republican Party has got to go. We can no longer afford to babysit these rightwingers who have no interest in governing, or show outright hostility to government. Take them out of the sandbox and let’s get cracking building a USA that lives up to the hype.