GOP, who do you think you’re kidding? Your party is waging a war on women, and also lying about waging a war on women.  When your National Party Chair Reince Priebus says ridiculous things like the only thing that the GOP wants to stop is government paying for abortions on the air, you ought to hang your heads in shame.

That’s when Priebus either veered wildly off topic or outright misrepresented the law, depending on how you read it. “No, look, listen Chuck. The issue for us is only one thing,” he said. “And that’s whether you ought to use taxpayer money to fund abortion.”

…As for taxpayer funding for abortion, it has been barred under the federal Hyde Amendment since 1976, except for in cases of rape and incest. Some states provide their own Medicaid funding for the procedure, but Texas follows the Hyde standard. The law in question did nothing to change that.(1)

This front on your War on Women features the closure of legally and medically appropriate women’s healthcare facilities because someone you don’t know somewhere might get an abortion. Are you insane? Maybe not. Maybe you still believe there isn’t a little man behind the curtain.

I simply do not care about your arguments. These restrictions are murderous. Women will die without the services of these organizations. When women fall ill, children languish and all may die, even now. Is this real life suffering less important than that of a merely potential good match. I didn’t like being pregnant by my husband. He was a disgusting person. But I tolerated pregnancy well right up to Wendy’s birth and was a happy mommy. I was so excited to have you in my life. 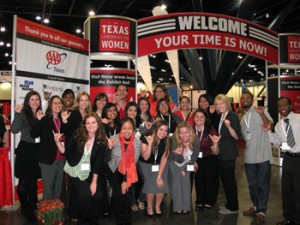 The once-great state of Texas is now nearly bereft of women’s healthcare facilities because of an overly restrictive law making those facilities comply with expensive, difficult and time-consuming standards in order to continue operation.

Now, there are fewer than 10 clinics offering a full range of women’s healthcare services. This, in a state that contains Houston, a city larger than Los Angeles. (2)

Of course, my figures are an exaggeration. It doesn’t matter, because even if I was 90% off, the proportions would still be unacceptable.

Shame on you, GOP. At least, admit to waging the war. That would be the sporting thing to do. We would at least have a chance to duck.